In subsequent releases of Juju 2.6 and tip of develop, Juju is going to start showing errors for series that are no longer supported. This is congruent with the lifecycle and release cadence of Ubuntu.

To give a better illustration of this, see the following: 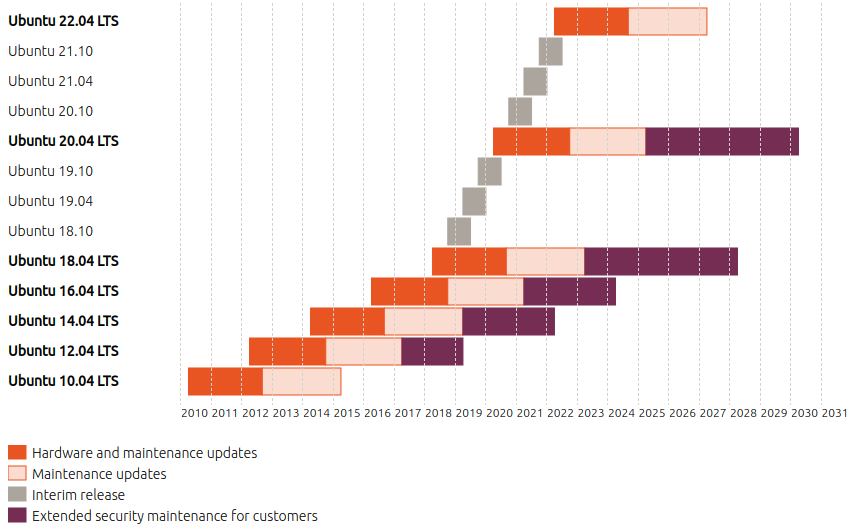 For each release of Ubuntu there is a release window, from immediate release all the way to Extended security maintenance (ESM). Juju is going to support that whole window, not just the maintenance updates. To give a concrete definition Ubuntu 12.04 LTS (prescise) has fallen outside of the ESM window so is no longer supported officially as a charm series. Ubuntu 14.04 LTS (trusty) is still well within ESM, even though maintenance updates have just finished at the time of writing, but is still supported as a charm series.

Non-LTS Ubuntu releases are only supported as interim releases and the window for such is small compared to the others, so it’s probably not wise to have that series as the sole series for a charm.

When deploying a charm or a bundle that is no longer supported you’ll be greeted with a message:

In circumstances that you need to deploy a charm or a bundle that is not supported by Juju because it’s fallen outside of the release window, then it’s possible to do so with the use of --force.

I would signal the --force option in the error message. Nothing worse than hitting a dead end, especially if a script used to work fine.